Our Call for an Investigation of Wage Theft at GDIT

We have filed complaints with the Department of Labor's Wage and Hour Division and called for an investigation of systemic and serious wage theft by GDIT at 11 call centers where we provide assistance to callers about Medicare and the Affordable Care Act under a contract for the Centers for Medicare and Medicaid Services (CMS).

The New York Timespublished this story about our complaint against GDIT for wage theft.

Several GDIT workers came to Washington, D.C., to alert senators, members of Congress, and congressional staff to GDIT's misclassification and wage theft that has cost millions. Senator Bernie Sanders (I-Vt.) and Representative Keith Ellison (D-Minn.) were among the lawmakers who met with the group.

Adrian Powe is a durable medical equipment specialist in Hattiesburg, Miss., working with customers and equipment suppliers to make sure the Medicare recipients get the oxygen, wheelchairs, hospital beds, and other equipment they need. He talks to as many as 60 customers a day, and earns $9.64 an hour.

"I've had two rounds of extensive training to get to my current job. It's a lot of responsibility and a lot of work. But I'm being paid at a much lower rate. I'm being cheated, and the federal government must hold GDIT accountable. GDIT needs to follow the contract it agreed to," he said.

Kathleen Flick is part of the internal support group at the Bogalusa, Louisiana, call center. She said that GDIT's wage theft "makes me feel horrible. Stealing from the working poor is really low."

In a separate development, National Labor Relations Board Region 5 has issued a complaint against GDIT for violating federal labor law and workers' rights at its Alexandria, Virginia, facility. 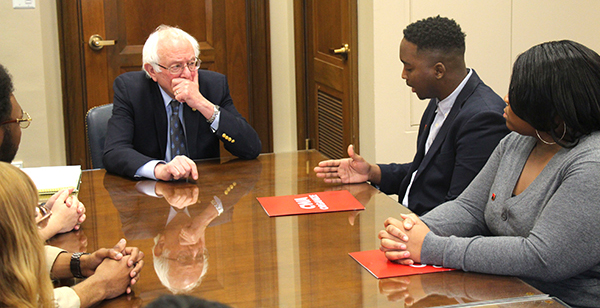